This summer a group of young ladies got together to compete at the summers largest women's hockey tournament. It has gotten so big it takes two weekends. The Junior Hurricanes entered 3 teams this summer as a combined organization for the first time and we had high hopes for this adventure.

These three teams were made up of players from 18 different organizations with the new combined Carolina Junior Hurricanes 2019-20 girls program being the largest. Others included NOVA, Boston Whalers, Cape Cod, Spitfires, Edge, Tricity Eagles, Islanders, Rush, Prowl, Triad, Chesapeake Whalers, Saddlebrook and many more. This tournament uses the two 23 minute period format which makes the last 2-3 minutes of every game just brutal and you never know whats going to happen. 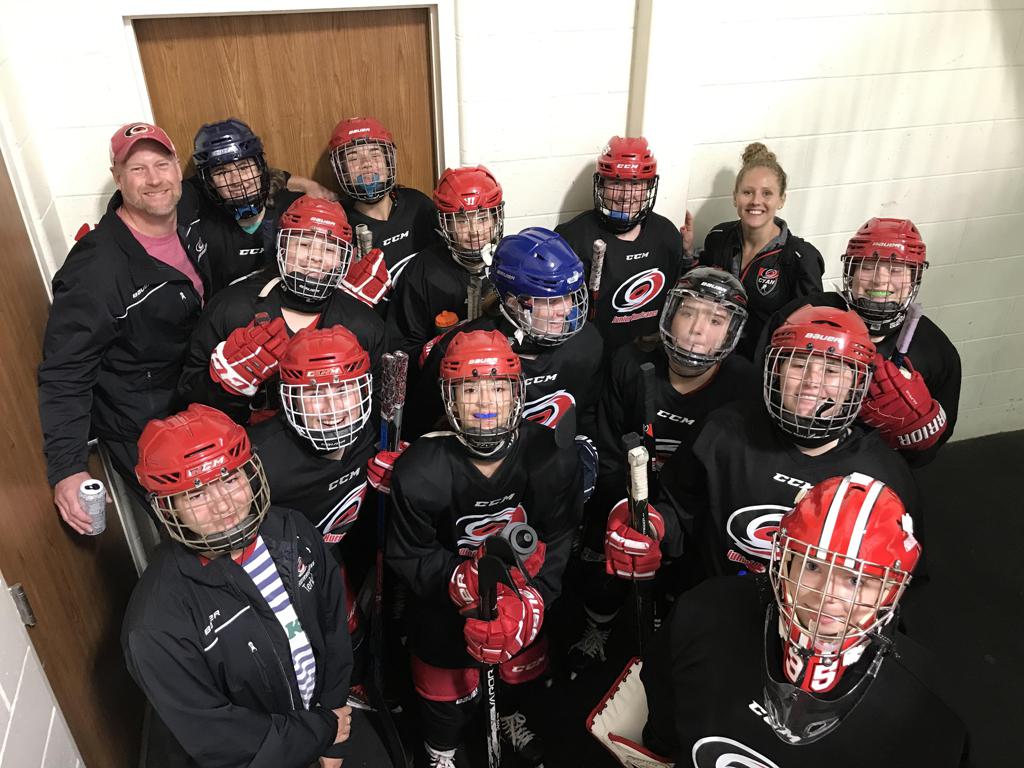 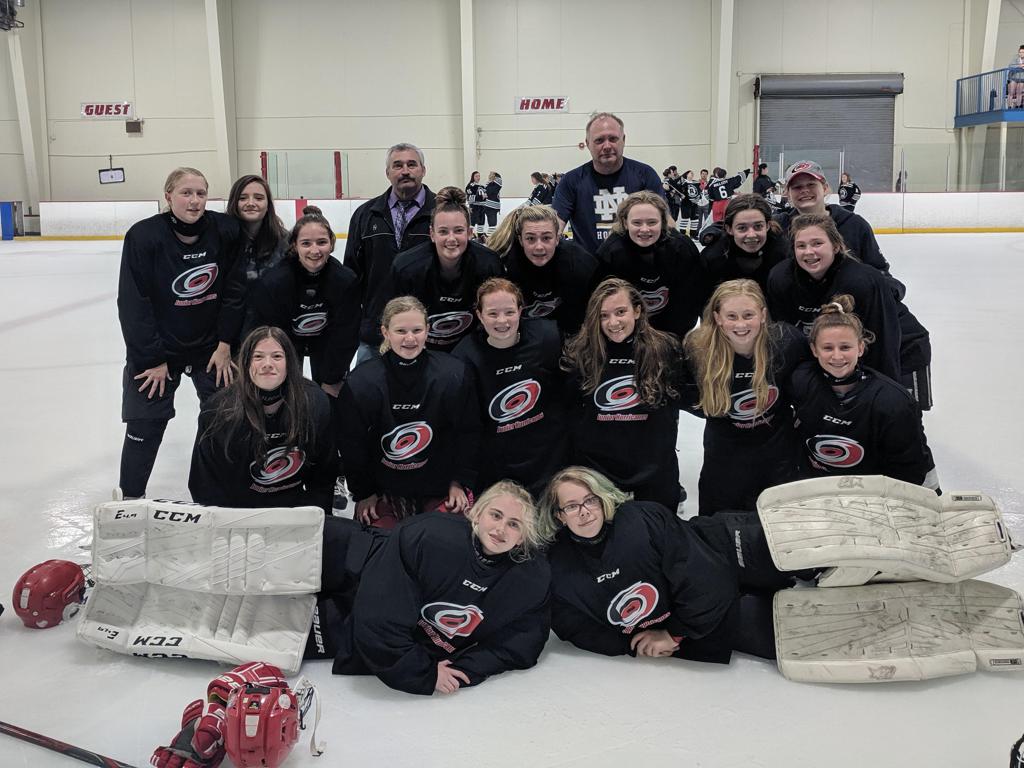 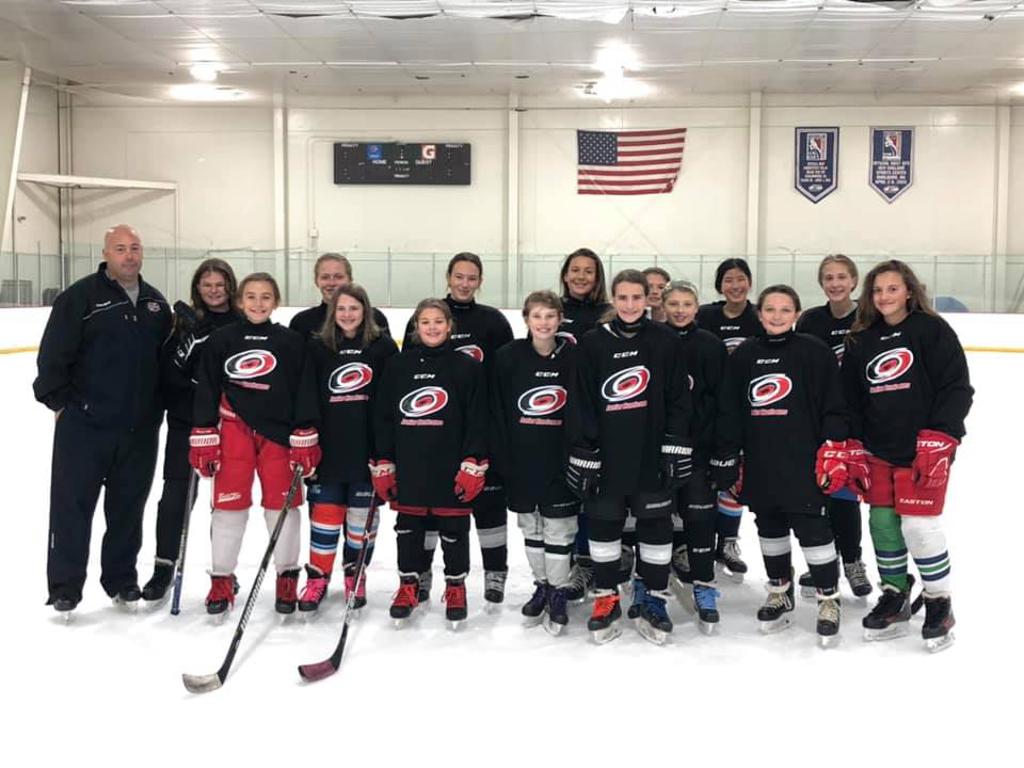 The 2004’s were up first with the Earliest game Friday morning. The 2004(03) division was full of nationally known tier 1 teams and the first game was a back and forth bout vs the Rochester Edge. While the score was a 5-2 loss the game was very competitive. Game 2 was into the grinder with the Boston Leprechauns(Finalist). The last two games were again close and within our grasps but a 2-1 loss vs Ironbound and a heart wrenching 2-2 tie to ended the weekend vs the Mercer Selects. These ladies will be ready for next summers tournament and hungry to go further.

The 2006’s got launched right into the fire as there were no weak teams in the top division. First up was the Lady Blues with visions of the stanley cup matchup that should have happened a couple months before. Early in the game the Blues knocked in a 1 goal lead that seemed like was going to be the winner in this fast back and forth game. The goalie gets pulled with less than one minute left and at 1.7 seconds remaining in the game the Junior Canes tie it up and hold on.... well sat on the puck at faceoff. Game 2 was against Pro Hockey a team we had faced just 4 weeks ago in Rochester (7-2 loss), but this was a different team. Spoiler alert… Pro Hockey won this division and in the round robin beat every team by 5+ goals….. Except 1, yes our Junior Canes. Our girls put them on their heels by scoring first and quick and while the ice was tilted they keep getting chances. Our goalie otherwise known as “Boom” stood on her head, hands, stick and maybe even a big toe making save after save. In the end Pro Hockey gets 2 late goals and takes the win. Game 3 was a dominating effort vs the NJ colonials and a 5-1 win. Game 4 was vs our social media friends and excellent hockey organization the Mid-Fairfield Stars. 8pm game and at rink that was more slush than ice, the girls get the 1-0 win to take 4th place overall and a bid to the quarter finals. The quarters brought a rematch of the night before. Our players quickly took a 1-0 lead and the clock just turned slower and slower. The effort by both teams was intense. With less than two minutes to go Mid Fairfield scores 2 goals in 17 seconds and we found ourselves down by 1 with seconds left in the game. Coach puts out his empty net team and with 16 seconds left, tie the game 2-2. Overtime then ensues and both teams stay scoreless. The 2006-7(with a couple 08’s) end Beantown after a shootout loss…. Final record was 2-2-1 (9GF, 7GA) These girls will certainly be looking to win it all next summer.

Now for the 2005’s ….. (Click here for a Great Picture Book by Courtney Radford)

This team started firing on all cylinders right out of the gate. The first game was the Northern lights, Scoring in the first 15 seconds the girls win big 6-1. Game 2 was very even on the ice but the Shoreline Sharks took advantage of a couple mistakes and won the game 4-2. Spoiler alert… The only loss of the weekend for these ladies. The 05’ then drew the Mid-Hudsen selects, the same formula get on the board quick and keep the pressure on for a 6-2 win. The 4th game was against the well known Islanders team, who had not lost yet in 3 games. This last round robin game was amazing to watch as the Islander goalie tried her best to keep pucks out of the net at one end and the Junior Hurricanes Defense smothered any opportunity at the other end. 1 goal by our ladies made the difference and quarters were up next.

The Playoffs started with a rematch vs the Sharks from the one loss the team had in the round robin, Not this time. Our team had a 3 goal lead with one minute left, the sharks pulled their goalie and got them a goal but 3-1 was the final. The players had less than an hour till the semi’s vs the dreaded Florida Alliance. The mood in the room and look in the players eyes said “We are done” as no Carolina team beat the Alliance all last season. Coach Mike said….. You can do this and they did. #37 on the Alliance had the most goals of any player in the tournament  and this defense kept her to 1 goal the entire game. 2-1 was the final and our combined Junior Hurricanes were in the Beantown Final.

Rock City….. Again less than an hour between games and 3rd game in 4 hours, the girls all headed to rest and replenish. You could see Coach Mike walking around to players tables in the food area with his board chatting about the final to come. Roc City again had a great showing this tournament and we expected the toughest challenge yet. From the start our players that happen to be female were all over them. The offense was pushing, the defense was a wall and the puck went in the net 3 times (in regulation open netter was 1 second late) for the Junior Hurricanes 05’s and only once for Rock City. Final record 6-1 (GF 21,GA 8)

This tournament was a great start for the new combined girls program and just a start to the success and development of the game to come in the future. There is a storm coming and it will surge for years to come. Watch the 2005’s Team Storm Surge https://youtu.be/CN8mINmxCHM 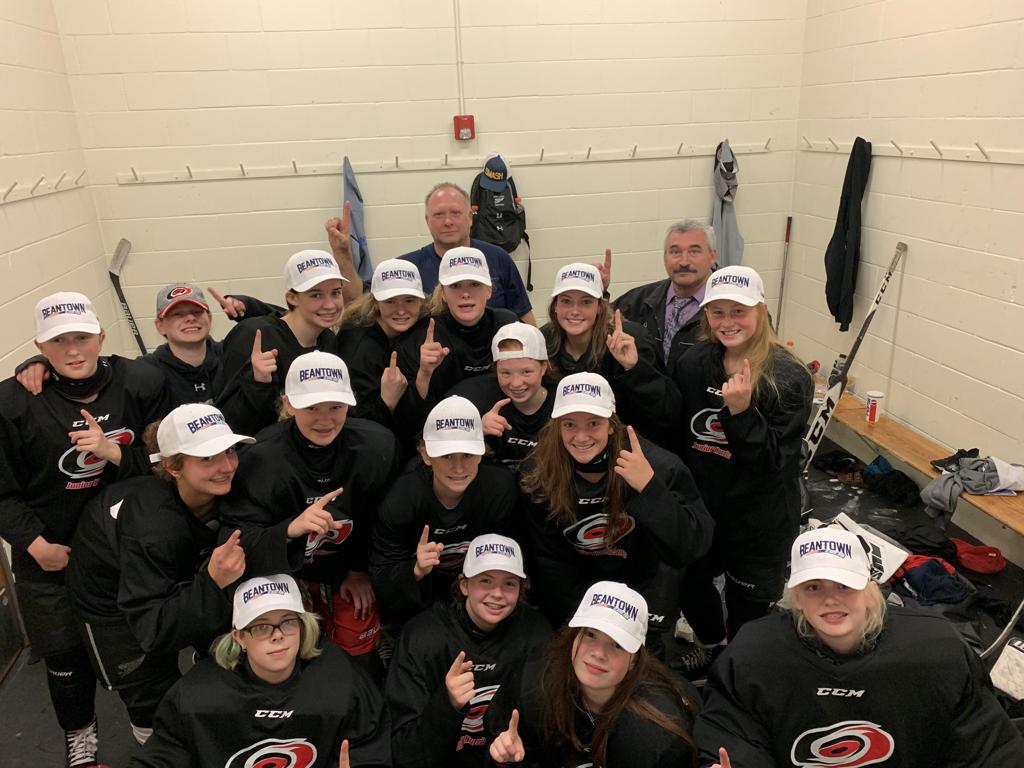